Members of the Belle Fourche Lions Club received an update this week (9/22/15) on progress being made with construction of another Lions Shelter in Belle Fourche.

"We're waiting for the tin, and hopefully, it'll be in over the next few days," said Lion Rick Walton, who is spearheading the project.

But the highlight of the meeting was the presentation of two awards. 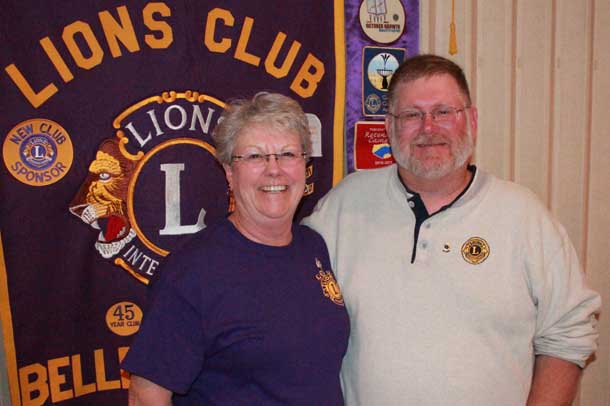 Lion Cherlynn Young is shown with Lion Rick Walton after he presented her with the Lions Key Award, recognizing her good work in recruiting new Lion members.   Lion Young was a charter member of the Northern Lights Lions Club, which merged with the Belle Fourche Lions Club last year.  Congratulations Lion Young! 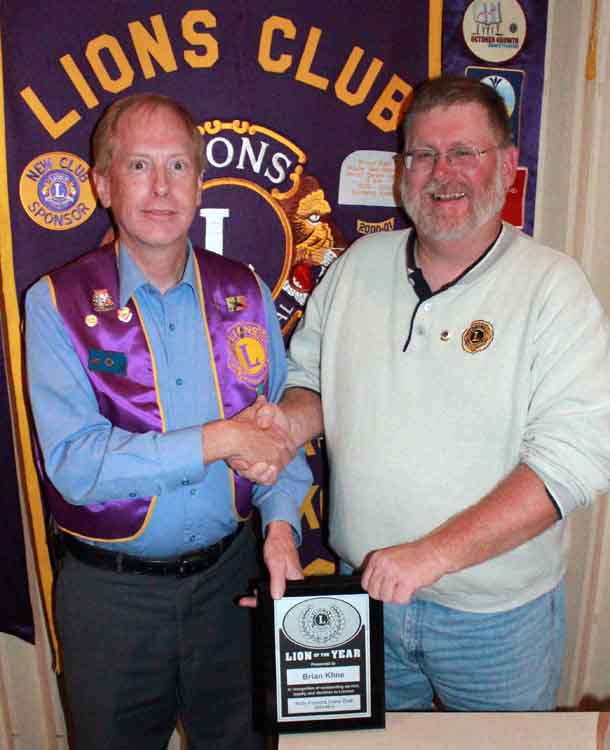 Lion Brian Kline, at left, received his plaque as a Belle Fourche "Lion of the Year" for 2015 from Lion Rick Walton.  His selection had been announced earlier this year.  Lion Kline, who has held numerous club offices — including the presidency — has been in the middle of nearly all Lion activities over the past several years.  Congratulations Lion Kline!