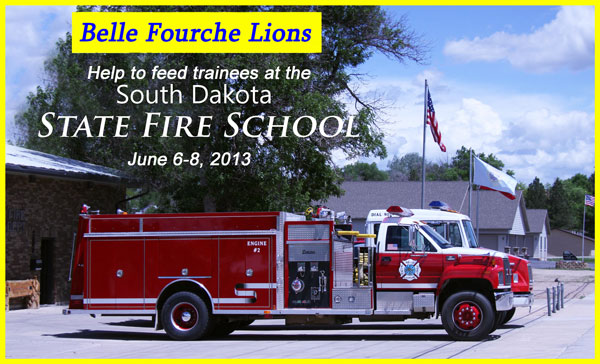 Even before South Dakota became a state, firefighters across the territory had organized training sessions that have become known as the South Dakota State Fire School.

This year, the three-day session was held in Belle Fourche June 6-8.   More than 500 firefighters from across the state were on hand for training sessions that included considerable "hands on" activity.  Scheduling was tight, and participants were kept extremely busy.  But as schedules allowed, lunch was a necessity, some eating early -- some later.

The Belle Fourche Lions Club was among the several vendors who provided lunch on Friday and Saturday.   Visit our 2013 Fire School gallery to get a glimpse of the rush for our Lions roast beef sandwiches, chips, soft drinks -- and delectable brownies!