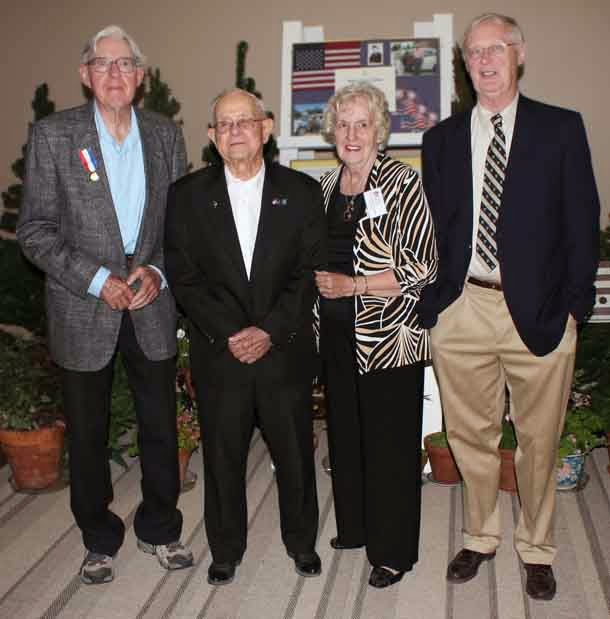 Al Shaw of Belle Fourche (second from the left) was among four area residents presented with awards from the Catherine Thybo Chapter of the Daughters of the American Revolution (DAR) last weekend (9/20/14).  They were recognized for their work in historic preservation and community service.  Shaw, a long-time businessman and member of the Belle Fourche Lions Club, was given a DAR Community Service Award for his many contributions to the community, including his extensive work with veterans, racking up thousands of miles ferrying military veterans to VA facilities in Sturgis and Rapid City in a Disabled Americans Van.  Himself a veteran with service in World War II as a turret gunner on a B-17, Shaw was also a long-time member of the Belle Fourche Volunteer Fire Department